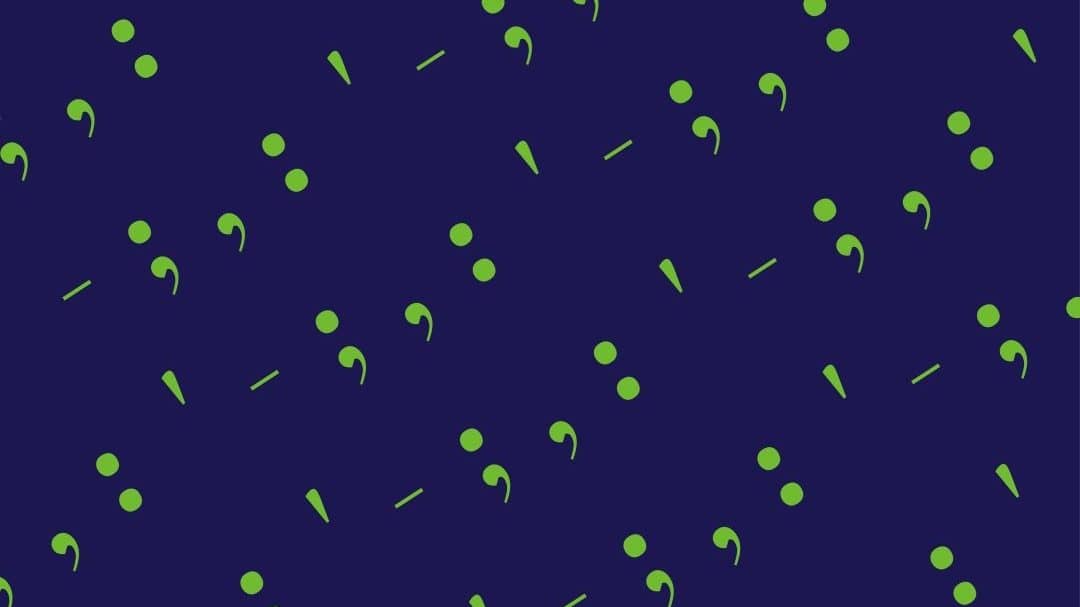 When it comes to the English section of the ACT or the Writing and Language section of the SAT, having a firm grasp on some of the essential punctuation rules can really put students at an advantage. A great portion of these sections involves making simple corrections to punctuation usage errors, so it’s one of the easiest ways for a student to boost their score with minimal effort. In a previous post, we discussed the key comma rules students should make an effort to learn better. If anything, the comma rules are some of the most important as many more questions will test a student’s knowledge of the different ways commas are utilized in English sentences. So, if time is an issue, start there. In this post, we’ll elaborate on some of the other punctuation rules students need to know for the ACT and SAT.

Semicolons may be the second most important punctuation mark students need to understand for these tests, but few know how to use them. Use semicolons to combine two independent clauses (complete sentences) without a conjunction. In our post about commas, we mentioned a rule where you can combine two independent clauses with a conjunction – one of the FANBOYS. Semicolons are used much in the same way; just replace the comma and conjunction with this mark. Take the following sentence:

We can convey the same meaning with a semi-colon as well.

Michael studied a lot; he passed the test.

He went to the store to buy groceries: veggies, meat, and juice.

In this sentence, the list “veggies, meat, and juice” explains what kind of groceries.

Simone spent hours putting together her set for Coachella: an annual music festival.

Here, “an annual music festival” is a phrase that further explains what Coachella is.

Kayla diligently prepared for the upcoming meeting: if she impressed the CEO, she might earn a promotion.

Dashes are used in a way similar to other punctuation marks. Like commas, they can be used to separate non-essential phrases from the rest of a sentence.

Nick visited the park, a small patch of land in the middle of the neighborhood, on his day off.

Can be re-written as:

Nick visited the park – a small patch of land in the middle of the neighborhood – on his day off.

The key thing to keep in mind is that you CANNOT mix and match commas with dashes in this way; meaning, you can’t start by separating a non-essential clause with a comma and then tie up the end with a dash (and vice versa).

Nick visited the park, a small patch of land in the middle of the neighborhood – on his day off.

You can also use a dash to connect an explanatory phrase or list to the sentence, just like a colon.

Most students know that to make something possessive in English, we need an apostrophe. Students should already be familiar with using an ‘s to show someone or something’s ownership, but there’s a little more nuance to using this punctuation mark.

If a noun is singular, add an ‘s like normal. If it is plural, though, it depends on how the noun is pluralized. If it ends in an “s,” only add an apostrophe (no “s”); if the noun doesn’t end in an “s,” then you can still add an ‘s.

Shelly is only paying attention to one car in this sentence.

Mike is looking at multiple cars, which is why “designs” needs to be plural too.

The women’s group meets on Saturday.

The rules for apostrophes can sometimes be harder to understand once we start talking about groups of multiple things or people. If the thing being possessed is collectively owned, then the ‘s only needs to go after the last possessor in the group. If each individual in the group has ownership over their own, separate things, then an ‘s should come after each noun.

Keisha and Sam’s business is starting to take off.

Keisha and Sam both own this business.

Jen’s, Michael’s, and John’s pets are cute and fluffy.

These people have their own pets that they do not own together.

When it comes to possessive pronouns, “its” is a special case. As explained above, the usual rule is that an ‘s tells you that something is being possessed. This is not the case with the word it. “It’s” is actually a contraction for “it is.” This throws many students for a loop since it doesn’t follow the normal pattern. Keep in mind that to form the possessive of it, it’s “its” – no apostrophe.

The school seemed perfect, but the parents wondered about its track record.

This is possessive. The track record belongs to the school.

Casey studied for the test, but his friends told him it’s hard.

This is the contraction – it is.

If you’re looking for ways to practice these new skills, check out our worksheets. We offer practice for a variety of skills to further increase your understanding and help you raise your test scores. If you need one-on-one help, our tutors are also there to assist you when you’re in need!

Why Every Student Should Learn Latin and Greek Roots

Six Great TED Talks on the Importance of Education